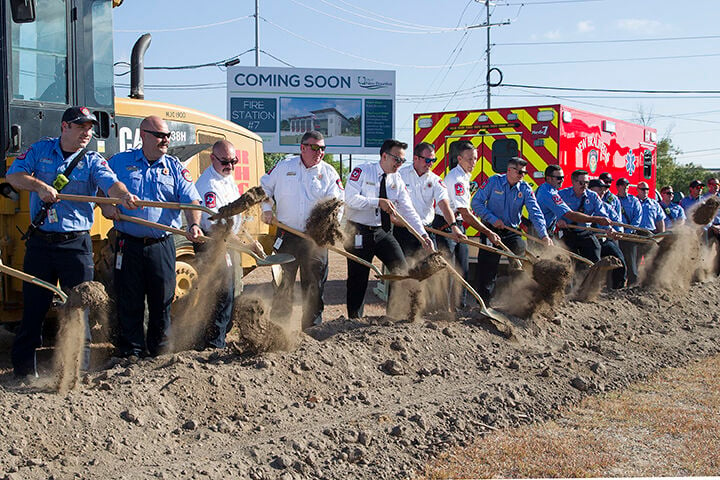 Members of the New Braunfels Fire Department shovel dirt during a groundbreaking ceremony for Fire Station No. 7, Wednesday, August 10, 2022, in New Braunfels.

New Braunfels city officials, council members, firefighters and stakeholders broke ground on Wednesday on what will become the city’s seventh fire station and serve its rapidly growing east side.

The facility will house an engine, a medical unit, a quint with dual capabilities as an aerial ladder truck and a pumper, and include living quarters for a team of 13 firefighters.

Designated as “Truck 7,” the quint apparatus temporarily makes its home at Fire Station No. 6, located on Stone Gate Drive, near state Highway 46 West.

“Today is something that is very important to our community,” Mayor Rusty Brockman said. “Opportunities abound for us to continue to spread the public services that our citizens have asked for in the last two bond issues. This does not happen to be a bond issue project. This happens to be a project that has been created because our community, several years ago, created a TIRZ (Tax Increment Reinvestment Zone) at Creekside, and that TIRZ has given us the opportunity to be able to construct a firehouse and provide the services in this part of town because Creekside is such a success.”

The zone is designed to capture a specific percentage of the ad valorem tax increment within its boundaries and then use those funds to reinvest in the area.

TIRZ No. 1, established in 2007, encompasses the Creekside area of the city to fund capital improvements associated with the development of the property near I-35 and Farm-to-Market Road 306.

“It’s really humbling to know that city leadership realizes that risk has to be mitigated by added capacity — capacity with more firefighters, more fleet and new facilities,” Lozano said. “The facility provides more than just a location that our firefighters respond from. It’s a place that they come back to when the stresses of the job are tough. They decompress. They relax. And they get ready for the next call.”

Lozano added that the ability of firefighters to prepare mentally and physically for that next call “ensures that we are able to provide New Braunfels with the highest degree of customer service while providing for the safety of our firefighters.”

The city’s partners on the project include BRW Architects Inc., D. Wilson Construction and Hill International, as well as coordination with NBU and the Texas Department of Transportation. 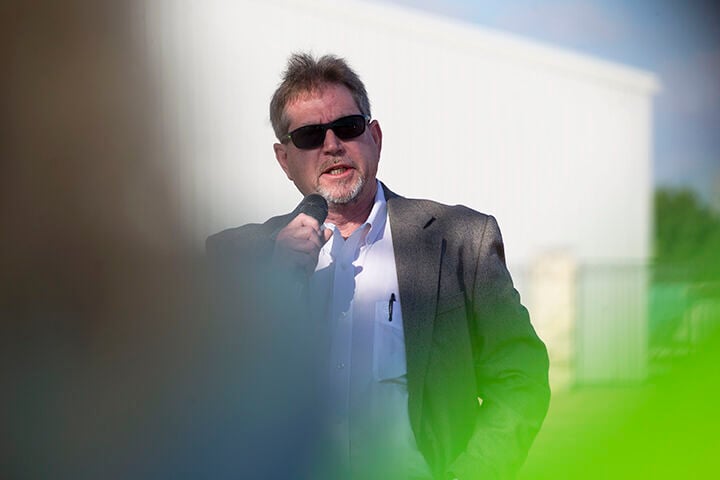 The project, with a total budget of $12 million, also includes intersection realignment and improvements with a new traffic signal at the location.

*This article was written by The New Braunfels Herald-Zeitung Newspaper and posted here: https://herald-zeitung.com/community_alert/new-braunfels-breaks-ground-on-its-seventh-fire-station/article_e62359cc-18e1-11ed-9c51-5729ca626e4a.html